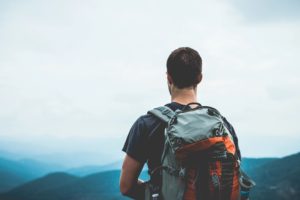 Long time no talk! I still am not coming back full time to the blog, at least not until I have this baby and figure some shit out, but I HAD to come back for a moment in order to post this fabulous Squawk Box. You see, after 2 years of constant nagging, Greg has finally written a Squawk Box for us!!! I know right?! That necessitates a damn near immediate posting!

I am so pleased to finally be able to publish this piece. For those of you that don’t know Greg here is a little backstory: I know Greg through the Twitter community- where he tweets @GotNoSperm. We met each other initially through our mutual support of childless infertility advocate Justine Froelker, and then later butted heads on opposite ends of this debate. Greg is diagnosed with Azoospermia (the inability to produce sperm) and is an incredibly outspoken part of the Childless-not-by-choice crowd. Which is so good! I think there needs to be more voices on the end of the infertility debate that things don’t always work out. Not everyone gets a baby in the end. And so, because I have wanted more exposure for those who have ended up childless, I have been asking Greg to write an opinion piece for Squawk Box to expand that voice on my site. And for 2 years he has put me off. For 2 years he hasn’t found the time. For 2 years it has almost become rote.. we disagree on something, I say his voice is valid, he says that no one thinks so, I beg for a Squawk Box to share, he puts me off…  REPEAT. But friends, TODAY IS THAT DAY!!!

Without further ado, here is Greg’s powerful and brave piece on how being diagnosed as infertile was really the easy part of his journey, learning to live his life without kids has been the hard part. Thank you, Greg. As always, mad respect, and support your way.

Infertility was the Easy Part

One popular theme in the infertility community is that people need to have hope that one day one way or another you’ll find a way to become a parent. When we were going through infertility exploring our options despite me on the outside saying “hope” was a bunch of bullshit I truly believed it. Anytime a person is going through a rough time in their lives having hope in something is what keeps you going.

For me the hope that kept me going for the four years from when we started to try to have kids to the end when we had exhausted all of our options the hope that one day we’d become parents is what kept me going. Reading stories of other couples in our position told me it was possible. After eight months of infertility counseling, I left with confidence that one day we’d become parents. That hope delayed the inevitable deep dark depression I fell into for a year and a half.

When our infertility and TTC journey ended that hope was gone. Being hopeless is one of the many symptoms of depression and can lead to suicide. For me, depression was feeling that I had no reason to go on. There were many nights when I went to be that I “hoped” I wouldn’t wake up the next day. It led to me being isolated and almost destroyed the most important relationships in my life. I had no hope things would get better if the one thing I had hope in wasn’t going to happen. At the time I felt foolish for ever having hope in something that was never possible.

Don’t get me wrong I’m glad that I had hope when we went through infertility. It allowed me (us) time to build up strength and skills that would be needed to survive being childless after infertility. It allowed me time to find outlets (my running) to guide me through my depression along with Yoga. The whole experience was a process that I needed to go through even the worst parts of it.

Finding a reason to have hope being childless after infertility is what made it more difficult than going through infertility. It took me a while through trial an error that I could never replace the loss of not being able to become a parent. It was a void that no one thing or combination of things would fill. Volunteering wouldn’t fill the void. Our dog that we adore so much wouldn’t fill the void either. It would have been unfair to place anything to fill that void.

Changing the way I think and lived was what led me to find something new to have hope in. My whole life had been planning and assuming what was going to happen next. First, it was college, then it was settling on a career, then marriage, then buy a house and finally have kids with my wife.

What I now have hope in is that I don’t know what’s going to happen next. It could be something exciting small or big. The reality in my life is I don’t know what’s going to happen next. Sure I still save money to plan for retirement but beyond that, I don’t plan or assume anything about the future. I work on staying present and not worry about planning for things that may or may not happen. I enjoy the life that is here now and worry less about the future.

I hope this all makes sense (no pun intended). If I were to share any pieces of wisdom with those in the trenches of infertility it would be to do whatever you have to survive today to get to tomorrow and most importantly hold onto your partner tight.

7 thoughts on “Squawk Box: Infertility was the Easy Part”