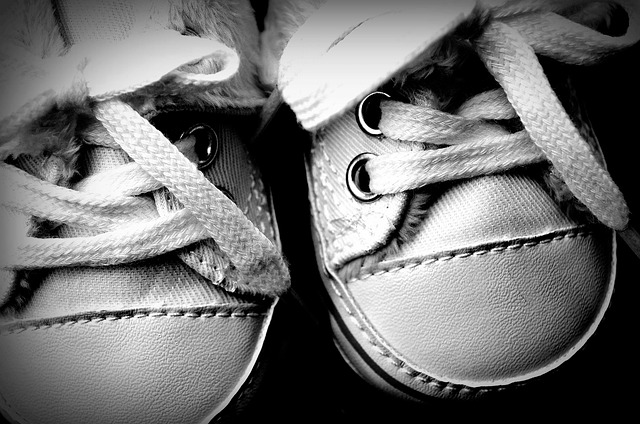 As it’s October I wanted to feature a loss story for this month’s Squawk Box. I found one that is a little unlike the ones that typically get shared. What if you had conceived not 1 but 2 babies easily and birthed healthy children… and then infertility struck? What if then, after birthing your hard won 3rd child, the next pregnancy ended in miscarriage? There are many out there in our community who struggle with secondary infertility and loss during that chapter of their journey.

When Meagan wrote to me she did so because after months and months of looking for herself in all the stories she was reading online she grew desperate. Were there no others out there struggling after having children? Was no one else crushed by a miscarriage after previously having easy pregnancies? Where were the stories like hers?! So she took the brave leap to write into Squawk Box to share her journey in the hopes that it will resonate with someone else out there who is struggling. Loss is tragic, no matter how many babies you have living. Infertility is soul sucking even if you have children in your home.

Thank you, Meagan, so much for sharing your journey. May you have luck and baby dust.

Pubished with the author’s permission.

My experience with infertility has been a lot different from the stories you usually hear about. It wasn’t until my husband and I were trying for our third baby that it occurred to me that I might be infertile.

Our first pregnancy took about 14 months to achieve, but it didn’t require any medical intervention. We simply tried and tried and tried some more, then decided that maybe now just wasn’t the time, quit trying and voila! Pregnant! I was young, in my early twenties, and naively thought we were just trying too hard and had needed to relax.

My second pregnancy was a BIG surprise. My first baby was only about 4 months old and I realized that I was feeling a lot of very familiar feelings. Roughly 6 positive tests later and 1 panicked call to health link asking “how long after having a baby will I still get a positive test?!” I accepted that I was pregnant again. Our second baby was born 3 days before her sister’s first birthday. Surely I couldn’t be infertile!

It was around our second baby’s first birthday that we started trying again. I always wanted a big family and I wanted my kids close together in age. Months of negative tests turned into years of negative tests. After 4 years I finally admitted that something wasn’t right. I went to my gynaecologist who sent my husband for a semen analysis and ran some tests on me, determined I wasn’t ovulating and put me on clomid. On the third cycle, I got pregnant and we got our little boy. Our girls were now 6 and 7 years old.

After deciding that we wanted just one more, I went back on clomid around the time my son turned 1. Three unsuccessful cycles later, my doctor referred us to the fertility clinic. Six months into our wait, I asked to try a few more cycles of clomid while we waited. Our first 2 were unsuccessful. Due to booking my appointment with my gynaecologist late, I had to skip the next cycle. I ended up missing my period, testing and still getting a negative. I got another negative a week later and then, finally, a week after that, I got a positive. On an unmedicated cycle!

I lost that baby at 8 weeks.

I cannot begin to describe how devastating that loss was. The thing about infertility, at least for me, was that when we started trying again for baby #4, it wasn’t like a fresh start. I was right back in that same state of mind that I was in after 4 years of trying. The fact that we had gotten pregnant and had had another baby didn’t matter. That first negative test didn’t feel like the first, it felt like the millionth. A year and a half of trying didn’t feel like a year and a half, it felt like I was 5 and a half years in. So to finally achieve a pregnancy, and on my own no less, after all that hell was a miracle. I was overjoyed and happier than I had been in a very long, long time. But then to lose that baby? It felt so unfair. How could that happen to me? I had already had 3 successful pregnancies, miscarriage wasn’t even on my radar. Infertile women shouldn’t also have to worry about miscarriage, should they?

Just days after being told that my uterus was in fact empty, I finally got the call from the fertility clinic that they had an opening for me in 2 months. From the time our referral was sent to the time of our appointment was a full year. But finally I felt like I was actually doing something.

Here we are 8 months after our initial appointment. We have undergone many tests, more bloodwork than I can even remember, several ultrasounds and I have been diagnosed with PCOS. We have had 2 unsuccessful cycles and are currently waiting to find out if our third was successful. Our children are 10, 9 and 3. Every day I feel angry at how unfair it is that I wanted my kids close in age and am now looking at having 2 preteens and a 4 year old when I have another baby. If I ever have another baby. Every cycle that passes, I feel more and more sad and desperate, yet I feel less and less like starting all over again. I question on a daily basis if we should just be done, but I also cry every day because our family doesn’t feel complete, yet it feels like I will never get pregnant.

During this process I have realized that people who haven’t walked this path, have no idea how it feels. I have had people say terribly hurtful and insensitive things to me and seemingly forget that I do in fact have feelings or even that I exist. I have watched people get pregnant, have babies and even go on to get pregnant again. I have lost friends and wished I could disown several family members.

BUT I have also discovered some amazing support in some people that I know will always be there for me, no matter what. I know that whenever I am feeling sad or angry, that those people will be there to listen, to offer me comfort and to bring a smile to my face and hope to my heart yet again. I have discovered other women who are dealing with their own infertility, who are struggling with their own journey, but who are still able pick you up and say exactly what you need to hear exactly when you need to hear it.

Infertility may have taken a lot from me, but it has also given me a wonderful gift. And maybe, just maybe, one day I will get the gift of that one last baby too.