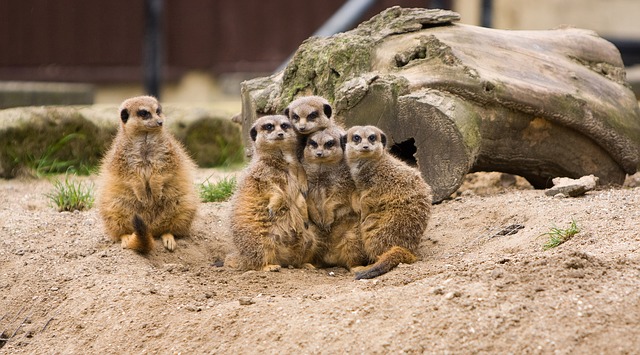 I am having a pretty hard time over here with guilt, shame, and anger. So, I wanted to delve into what the word community means. Admittedly, I wrote this post before I’d publicly disclosed my pregnancy. I have been absolutely overwhelmed by the support I have received from you all and I appreciate it more than you know.

It makes the 10 weeks of agony and terror leading up to the disclosure seem ridiculous now. But, having inhabited the land of IF for 4+ years, I’ve seen many a person get a “natural” pregnancy and the reactions really run the gamut. You might be surprised by the number of people I have watched be torn apart after a disclosure. I count myself lucky that so far I have not been among them… But I can’t help but wonder if there is still a necessary dialogue here. About the amount of vitriol and lack of support that can happen when someone announces a pregnancy. I thought long and hard about pulling this post, after all, I’ve been lucky… why anger the internet gods? But I ultimately decided to keep it, there is truth in these feelings. I had a lot of fear around disclosure for a reason. So here goes, I want to unpack that today.

To start with, I feel like the bigger your influence and the amount of time that you spend advocating for the community actually increases your risk of getting serious blow-back on a pregnancy disclosure. It’s just a fact: the more people you reach with your blog or social media account the more people who don’t know you that will wind up reading your news. The people you are close to your friends, family, support network, etc. are the most likely to be overjoyed that you have conceived and the most likely to react well. The other people, whose lives you are touching but don’t know you from Adam, will have a much harder time not feeling the familiar sting of jealousy at your news. They are also much less likely to reign in any negative reactions because, frankly, it can feel good to be a bitch to others when you are hurting… and the fact that they don’t know you in person makes you an easy target. What do they care if they make you cry?! I am expecting a bit of this kind of blow-back. It hasn’t happened yet, but it’s out there lurking. It is the internet after all. Trolling happens when a person is in great pain, infertility causes a lot of pain, and my natural pregnancy is bound to be a trigger for some. I get this. I still think it’s shitty to lash out at someone simply because you can, but I accept that I run this risk by putting myself out there on the internet. That’s why I stated in my original post that I wouldn’t be responding to negative comments about the pregnancy. You’re hurting, you lashed out, I refuse to feed into that bullshit. I get it but I choose not to engage.

The second kind of blow-back I am less tolerant of. This is the person that takes my pregnancy as an affront to their sensibilities because I’m an outspoken infertility advocate. Because I have made it my mission to reach a larger audience, write for other sites, give lectures, and generally “stand” for infertility. Because I got pregnant “naturally” these people are likely to tell me that I can no longer use that platform.  This will rear its head, it certainly did last time I was pregnant and that one wasn’t even naturally conceived! This really irks me… Never mind the 4+ years of actively trying, never mind the countless rounds of fertility treatments that didn’t take, never mind that my previous pregnancy only happened via IVF-ICSI, never mind that my dr. gave me a 5% chance of conceiving naturally as PART OF MY DIAGNOSIS OF INFERTILITY. The pregnancy itself erases all of the other criteria and makes me no longer infertile in their minds. Does it also erase all of the good that I have been doing for the community? Does it erase all of the people in the trenches that have been helped to laugh during this shitstorm of a journey? Does it erase all of the fertile people that I have helped to educate about these conditions and struggles?

Because, no, it doesn’t. You know that it doesn’t!  To these people I implore you, GO! Be outspoken! Share YOUR journey!! The community needs, like DESPERATELY needs, more people to stand up and be open about their struggles. The more you’ve struggled the better. Please, please, please, with a capital P, become an advocate! It is incredibly important work. But do not strip me of all I have done. It’s insulting to me and to the community.

Which brings me to my mother-fucking point. What does that word -community- even mean here? I have never seen more infighting about who is the real infertile and who deserves a voice and who should or shouldn’t stick around ever, in any other situation. And I’ve taught Jr. High. Did you get pregnant using Clomid? Not infertile enough. Only had one IVF? Not infertile enough. Never had a miscarriage? Not infertile enough. Got pregnant naturally? Not infertile enough. The list goes on and on. I really think we need to take a good hard look at ourselves here and consider how we can best move forward to SUPPORT each other in our fight to become parents. Becuase, like it or not, that’s the goal for most people in the community, to get to where I am. If you accept that like 90% of all the people in this space will one day wind up with children, one way or another, then it seems abhorrent that we also accept that people will attack that 90% when it happens. What bullshit!

In what other community can you be sure that you will get attacked by other members, especially when you finally have something to celebrate?! I know the common refrain here is that it’s because the infertility community is so diverse. We cover everything from cancer survivors, to LGBTQ couples, to ladies with no uterus… admittedly the types of diagnosis here are broad. But it’s not really that different from the diversity in, say, the LGBTQ community. I mean… they added letters to the acronym BECAUSE there is so much diversity! They use a RAINBOW for Christ’s sake because they want to represent every flavour of gay! You can’t tell me they don’t have diversity in their groups! But do they wake up every morning and have to pick what to share in support groups, do they have to worry about not seeming gay enough? NO, because being gay is about YOUR UNIQUE EXPERIENCE with your own brand of gayness. Tim’s is not the same as Tom’s, is not the same as Leslie’s, is not the same as Barb’s! I know this is not a perfect analogy, there is infighting in all communities, including LGBTQ, but I feel like it is really expected here… it is accepted and touted as NORMAL in our space.

So why is it that in our community, the place we turn to for support, the place where other members should really GET IT and help us through … that we are busy attacking our own? It needs to stop. Yes, I’m pregnant, freak natural conception, completely blindsided… but I still get it. I really do know what it’s like to see negative after negative. I really do know what it’s like to have to swallow the cost of treatment. To have people leer at you across the party and just KNOW they are going to ask you about kids. I get it. So please don’t act like I’ve now developed amnesia.

Also, my situation is really not all that uncommon, infertility isn’t necessarily sterility, people do get pregnant here by chance. Less so than in the broader society, but it happens. And my experience with infertility changes how I feel about a spontaneous pregnancy… about ANY pregnancy I might achieve actually. It changes the support I need. But I am not allowed to ask for it. Because my infertility is stripped of me. Because I am not hurting ENOUGH to voice my pain. Because I am carrying a baby. Because I will be a parent. Which is really what we are all chasing… This is sickness. It needs to stop.

We deserve better. We can DO better.

7 thoughts on “What Does Community Even Mean?”