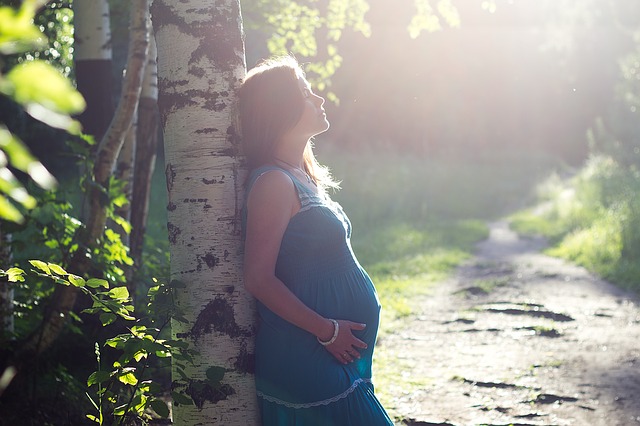 Welcome to your September Squawk Box! I am running low-ish on these and wanted to remind you that you can share any and all parts of your journey here on my platform! Send your stories -here-.

Today’s stroy comes from Danica. She is a renowned acupuncturist and fertility expert, as well as being a published author on the topic, she has lived the journey herself! To find out more about Danica’s services, she is based in LA, visit: Well Woman Acupuncture.

Danica was told she would never concieve on her own and that even using her own eggs in IVF was unlikely to result in a pregnancy. Luckily, that turned out not to be the case. I know we tend to shun the idea of a miracle being possible while simultaneously clinging to that hope for dear life. But sometimes the impossible does happen! Here is her story!

Neither of my kids would be here if I had listened to science and statistics.

Confident Kira made her way through an ovary that had once been covered with 200 endometrial adhesions, and willful Jack traveled effortlessly two and a half years later through a fallopian tube that was determined to be blocked 7 years prior.

Both of these kids were conceived naturally, after I was told repeatedly that I would never be a candidate for IVF and that I should consider egg donation at age 31.

Thanks to the help of an old boyfriend, a belief in Spirit and a willingness to do things differently than I ever imagined, I now add “infertility” to my list of life challenges that I have overcome.

Kira and Jack are considered “medical miracles” because I had been told in my early thirties that I was entering premature menopause based on several elevated FSH scores and ultrasounds. I also had stage 4 endometriosis and no husband. My poor prognoses catapulted me onto an inward journey that can only be understood by those who have a reverence for “Divine Intervention.”

Statistics would say that the chance for a 37 year-old woman to conceive naturally with one attempt and give birth to a healthy baby under those conditions is said to be less than 5%. The odds for me to conceive again naturally and carry a second healthy child as I approached 40 years of age with another high FSH score of 18.6 and a blocked fallopian tube were about 1%. Yet that’s exactly what happened…

How did I do it? Well, first I took a detour into feeling sorry for myself. As an acupuncturist specializing in women’s health and fertility, there I was, young and all excited to be the cheerleader for other women going through infertility. I had never entertained the idea that the reason I enjoyed working with infertile patients so much was because I was one myself!

After my pity party was over, I decided that I could at least try to make myself a candidate for IVF and see what came of that. I began working diligently inside my acupuncture office to find more answers to why I had become infertile in the first place.

“What makes ovaries age prematurely? What am I doing that causes severe endometriosis? Can these herbs inside my pharmacy really help me clear out adhesions in my pelvis? What would happen to my body if I applied the same diet and counseling suggestions that I give my infertile patients?”

I committed to weekly acupuncture sessions with one of the practitioners inside my office and allowed myself to be completely real and vulnerable with her. I used those appointments to cry and express my worries: that things might not turn around for me, and that science might be right.

But within a few months, I saw signs of improvement. My menstrual cycle began to lengthen from 23 days to 28 days. My severe cramping became less of a debilitating issue and I was able to convince my gynecologist to do a laparoscopy to remove adhesions. A few more months passed, and healthy cervical fluid returned.

I had become practiced at repeating positive self-talk phrases like, “It’s going to happen for me. It’s going to happen easily for me, as soon as it is my turn. I can trust my body.” The return of the cervical mucus was the pivotal point for me; it was the biggest outward sign I had that something was trying to happen.

So I chose to ALLOW healing to continue at its own pace, believing that a baby was coming to me on its timeline, not mine. I remained WILLING to trust my body and told myself that I was becoming more fertile everyday.

By the time I was nearly 37 years old, almost 6 years had passed in which I helped so many patients and trained other acupuncturists in my office to restore ovarian function with dietary changes and changes in attitude. I believed it was finally my turn. At last I felt ready and willing to allow my life to change enough to include a child.

During the years that I spent recovering my fertility, I surrendered to the loss of 3 significant romantic relationships — all of which ended the minute I expressed an interest in trying to have a baby. The turning point came as I continuously reaffirmed that I was willing to allow an available man to come to me, who was ready to start a family.

Within days of powerfully repeating that intention over and over out loud to myself while driving to work one day, an ex-boyfriend called me out of the blue and said, “a little voice told me to call you. Have you had kids yet?”

I explained what I had been up to and we met for lunch. Eight days later he moved in with me and we agreed to 6 months of trying naturally to see what would happen. We agreed that if it worked, we would figure out the rest later. We wondered if we were crazy.

My story is proof that miracles are always within our reach. However, sometimes, in order to receive a miracle, we may need to slow way down and observe where we are sending our thoughts. Or perhaps we may need to allow motherhood to occur in a way that is very different than what we originally had planned.

The minute we release our need to control when or how a miracle baby arrives is exactly when it can make its way to us.