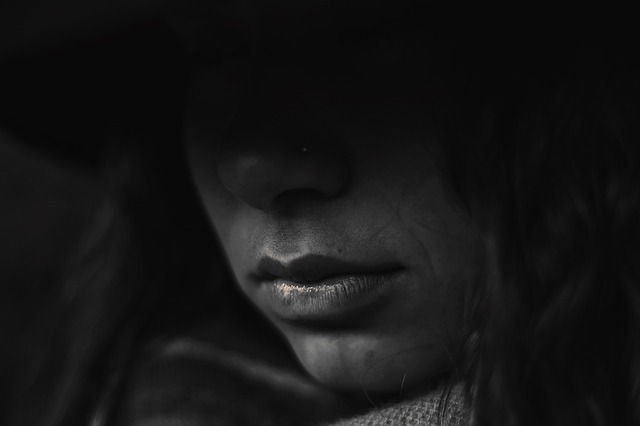 Welcome to your August Squawk Box! Want to contribute your story? Send it -here-. I was excited to hear that our Squawk Box contributor Jillian had decided to write about her experience with infertility for her English class. I was even more excited when she decided to let up all read the resulting essay! Infertility has touched Jillian’s life in many ways. And, like many of us, she found herself battling depression because of it.

Depression is incredibly common in society, and it is even more so in the infertility community. When dealing with the soul crushing loss of hope every month for years on end and riding the waves of hormones and fertility drugs it shouldn’t come as any surprise really. But what about research into the link of infertility and depression? Specifically, after a failed round of IVF? That was the question that intrigued Jillian. Here is her look into the subject.

I thought It Was Just Me

I am currently taking my English course and one of the assignments is a personally essay, and you have to be able to find peer-reviewed articles for it ect. I tried several other things until in frustration one night I typed infertility into the library search bar….. well thousands of articles popped up! So, I started to write. I still don’t have the grade back for this, but I thought, maybe if enough people read this, we can get more medical studies done on depression and ivf. And what to do after it fails because, lets be honest, everything I found was from outside North America. Everything inside North America was just personal blogs and the like. I keep thinking “if there had been the same amount of resources and information handed to me along with everything else, maybe it would have been an easier ride after our ivf failed”…

I thought it was just me.

In a research article written for the Nursing and Health Sciences medical journal, they describe infertility as “a disease of the reproductive system defined by the failure to achieve a clinical pregnancy after 12 months or more of regular unprotected sexual intercourse.” (Kayyaoglu Stu & Balkanli 84) This is me, the infertile childcare worker. I have come to an understanding with my infertility now, however when we were going through the treatments or when it didn’t work after is a whole other story.

Let’s journey back to five years ago. We were blissfully happy newlyweds, who had just decided to start trying, reluctantly on my husband’s part, but as the saying goes, happy wife, happy life. We tried, and tried, and then tried some more. At first it was fun, but after a couple of months of nothing, the fun went away, and was quickly replaced by anxiety that something was wrong. We went to the doctor about year later, and explained we would like to start our testing for infertility. He, rather reluctantly agreed, given that we were both in our twenties, and the awkward tests were ordered! The referral to the clinic came, and one year later, we were anxiously sitting in the doctor’s office, wondering about our results. She came in, a no-nonsense Russian woman, and told us that there is nothing wrong with us that they could see. Her recommendation was to try some mild fertility drugs first, but if those didn’t work, then our best option was IVF.

IVF. My heart sank lower and lower with each drug that didn’t work, pushing us towards that IVF line. I knew we didn’t have the money, and I knew it wouldn’t be pleasant. I started to obsesses with fertility tracking, ensuring everything was timed and recorded, and making it into more of a chore than anything else. My efforts weren’t enough however and we decided to move forward with our IVF.

The IVF drugs did quite a number on me, emotionally and physically. I gained about 20 pounds, and I started to have mild depression, wondering if it was me and something I was doing. According to this article written by Lamia Yusuf for the Pakistan Journal of Medical Sciences “The psychological impact of infertility may range from inferiority complex and stress to interpersonal relationships to major depression and anxiety.” (Yusuf 1) I am not alone in experiencing this, though at the time, and with the limited information I had, felt completely alone and isolated from everything.

The whole IVF process is very hush-hush. You try to educated yourself by researching everything online, but the lack of information is frustrating, and the information that is out there is very subjective, so you never know if you should trust it or not. Thankfully our clinic had piles of pamphlets and articles for me to read, about what to do before we began, what to expect during, and what to do after it worked! That last point gave me hope, something I hadn’t felt in 4 years. They wouldn’t be giving me information about it working if it wasn’t going to work, right? Every blog I followed, everyone I talked to at the clinic said, it will work, just think positively enough, relax, and let us make you a baby.

Transfer day came, and we were on pins and needles when they put the embryos back. After the transfer, there is a two week wait, before you can test. I was sent home with a list of dos’ and don’ts, basically telling me to assume I was pregnant, and to go for blood work in 14 days. Day 12 hit, and I knew it hadn’t worked. I called the nurses line, and explained everything that was happening, and she told me not to worry, it could still work, so to still go ahead with the blood test. Like a good little girl, I believed her and went for the test on day 14, only to have them call the next day, and say it hadn’t worked, and they were sorry.

I was a wreck. All of our hope of having a child had been pinned on this one shot. All of our savings had been poured into this procedure, and now it hadn’t worked. I frantically went back through all the literature that we had been given, searching for something to help me deal with these emotions I was having, and all I could find was a note saying if it wasn’t successful to book a follow-up in 2-3 months. Research done by Ann-Marie Scully in a publication for fertility road further emphases the lack of information being given out by clinics by stating “ In contrast to the minefield of information that exists on how to prepare for IVF treatment there is very little to advises patients how to deal with a cycle that is not successful, and as a result it can be frightening and hopeless time for many people.” ( Scully 1)

I spiraled down into a deep depression, not wanting to talk to anyone, blaming myself, and fighting constantly with my husband. After a particularly nasty fight, I reached out to some of my girlfriends, and explained what had been going on. They were incredibly supportive and one was able to recommend a local counsellor who helped me to realize it wasn’t just me that had been through this, and that there are ways to move on from the loss. Through counselling, and time, I was able to come to terms with everything that had happened, and now a year later, speak openly about the process.

Going through my struggle isn’t something I would ever wish on anyone. However, it has opened my eyes to the struggle of depression with infertile couples. One article stated that “results show that 79% of patients with infertility had some degree of depression.”( Yusuf 3) The author goes on to state that “having children is every couples dream and for some families, this is of the highest importance.”(Yusuf 3) If this is, as the article state’s such a huge dream, why then isn’t there more awareness and support for couples whose dreams don’t become reality? Why do thousands of women continue to go through this journey alone and in shame of their condition, and why aren’t there more resources readily available and given to couples when the process fails?

Some things to thing on,

One thought on “Squawk Box: I Thought It Was Just Me”