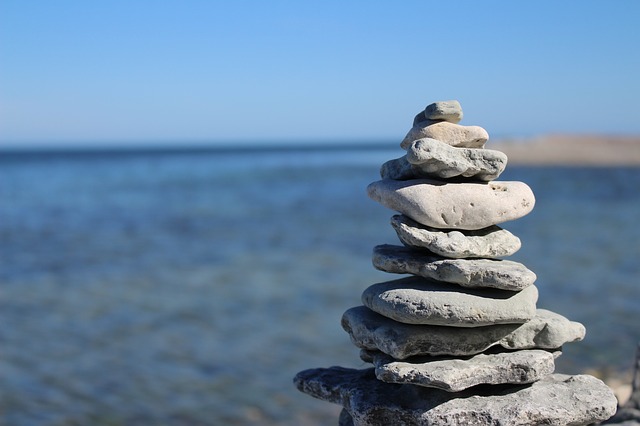 It’s Squawk Box time aaaaand we are running out of them again! Please consider sharing your journey in the crazy land of infertility. Share anonymously. Share out loud. Share the beginning, the middle, the end. Just share! We are not alone. Help others by hearing all different stories.

Today’s story comes from Sara. Her journey with infertility started young when she was told her irregular menstrual cycles might cause falling pregnant to be a problem. She wasn’t in a baby making mindset at the time and shrugged it off, years later though when her life was ready for kids she knew she’d have to face the facts. This is a great story about being at the beginning of the journey and needing to embrace your infertile status. And then walking forward with fear because that’s what it will take to get a baby. Hope she is doing well now and that her journey is short in this crazy land. Read on!

Processing That I Need Help

Infertility started for me at 17 the first time I saw a gynecologist to talk about my irregular cycles. I could go 8 weeks without a period and then I would bleed for 10 days, or I would go 3 weeks between periods. Obviously this isn’t normal considering I had been like this since my periods started when I was 11. My doctor at the time recognized that what I wanted was my cycles to be normal, so she put me on hormonal birth control. Off handily she mentioned I might have trouble getting pregnant as I might not be ovulating every cycle or at all but she made no further effort to figure out the cause of my irregularity. I wasn’t worried I was 17 and heading to college in a few months.

Through college and beyond I stayed on ortho-tri-cyclen-lo but then I started having increased PMS symptoms and wanted a change, I changed birth control a few times until I found the one I liked. After college I started gaining weight, I really thought it was just because my lifestyle had become more sedentary as I wasn’t taking dance classes and having rehearsal. I also noticed an uptick in acne and facial hair growth. All in all I was able to ignore it, the birth control was controlling my horrendous periods and overall I was pretty healthy.

I met my husband in 2010 and we married in 2014, we wanted to wait to start a family until after we had been married at least a year, we wanted to get our ducks in a row. Well 2015 came along and we had a million weddings, including my sisters along with a big vacation planned for early 2016 and we just kept waiting. I was seeing a doctor about a potential thyroid issue and we decided to wait just a bit longer. This was of course driving me slightly batty, I figured I would have trouble given what my first doctor told me, but I kept waiting. In 2016 I had a preconception talk with a new gynecologist, he said go off birth control and see what happens sometimes years of being on birth control can really help regulate things.

I went off birth control in February and had 1 normal cycle, I was taking my temperature and charting it along with my cervical fluid. What followed was anything but normal I had a 95 day cycle, anovulatory, obviously. I saw my doctor and he ordered labs and an ultrasound and started me on metformin, suspecting PCOS. After a 58 day cycle I called uncle and asked to have my period induced with Provera. After another chat with my doctor he confirmed PCOS and also hypothyroidism so I was started on synthroid. At this point, my regular doctor said I have done all I can and suggested I see an RE. I really wanted to try and do this naturally on my own even though I knew chances were low, so we kept going for 2 more cycles, Provera had reset my body slightly and I ovulated both times but I knew it was only time before I stopped ovulating again. It was off to the RE, after all of the usual testing HSG, uterine biopsy, and the like, I did a

So it was off to the RE. After all of the usual testing: HSG, uterine biopsy, and the like, I did a clomid cycle and my uterine lining thinned but I did produce 3 follicles. Concerned my RE switched me to letrozole (Femera) and I produced 4 follicles. This was obviously less than ideal, so we talked about the next cycle lowering my dose. Obviously, these both resulted in negatives. On my CD3 work-up it was determine that I had 2 cysts each about 2cm, so I had to wait out a cycle. We tried naturally and I did ovulate but still negative. I am now back on the lowest dose of Femera, wishing and hoping and praying. My husband and I have talked about our next steps over the next few months, and IUI is the next step. I’m nervous. I’m nervous about over stimulating, I’m nervous that it still won’t get me pregnant and we will have to discuss IVF or adoption, I’m nervous about all the regular things too that people are nervous about before having a baby.

This is my journey so far and I wanted to reach people who are just starting and are maybe afraid they need help. I got help from an RE after I had been off birth control for less than the recommended wait of 1 year and I’m really glad I did. I took the time to process the idea that I would need more help than just taking metformin and synthroid. I allowed my body to try without interventions but obviously something was wrong. I am thrilled with my RE and while I am not a fan of early morning transvaginal ultrasounds and blood work, I love knowing exactly what’s going on with my body. Taking my temperature was good but monitoring with my doctor is great. Thank you for letting me share my story, these things aren’t talked about enough, even in the early stages. I am glad I could share.

2 thoughts on “Squawk Box: Processing That I Need Help”