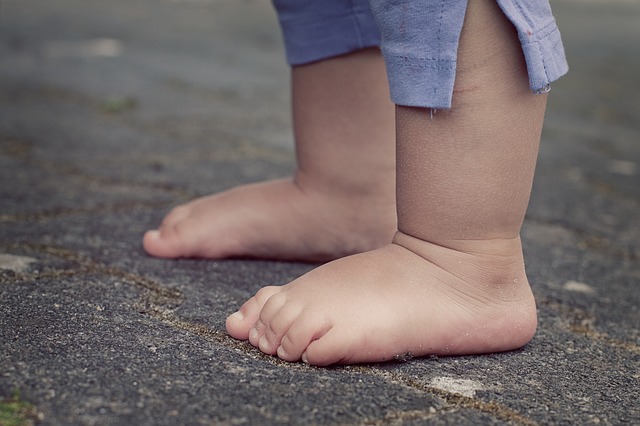 It has finally happened. Being a nanny has paid off. Thank God, too, because that was years and years of baby training and I’d like to be able to cite it as helpful to the rest of my life! Up until this point, I haven’t really noticed any advantages to having been a nanny now that I’m the mom.

Did it help me with the newborn stage? Fuck, no. Did it help me with breastfeeding? Even though I watched 3 moms do it and sat through weeks of la leche league consults with them? Nope, not even a little. It was a little helpful when we started solids, I wasn’t nearly as neurotic as I probably would have been, even when we discovered Bean Sprout has food allergies… But really, until now, the effects have been minimal at best.

Ah, but now! Now he’s a toddler…And some shit is finally paying off!

Anyone who has toddlers, or cares for toddlers, or observes toddlers from afar at the grocery store, can tell you that they are little hellions bent on destroying peace and quiet and are set permanently to KILL mode. At least it often feels that way. The transition from peaceable baby to an independent, shrieking toddler can be a mindfuck for the poor parents, who were just starting to really enjoy their mini humans. And it totally sucked as a nanny too. The COOL shit is that I’ve already had a hand in raising 3 toddlers. And the parents and I read books, on parenting theory, and discussed the merits of those philosophies, and then tried like 9 different ways to get someone to eat their peas. And while you can’t really put into a book how to deal with a crying newborn, YOU CAN put into a book how to deal with toddler tantrums! I feel like I’ve done this level already. It’s like I know when King Kupa is arriving and how many jumps on his head it takes to turn that shit around.

Here are the ways nannying toddlers has helped me now that I’m a mom to a toddler:

1) I was not surprised when he pitched his first tantrum… quickly followed by his second and third: So many of the mom’s in my group got really worried and surprised when their sweet babies started pitching fits on the regular. Not me, I knew it was coming. Thank you, nannying, for letting me know that my adorable 14 month old was likely about to morph from a fluff ball into a gremlin. I was aware it was coming and therefore better prepared.

2) I already know the warning signs of an approaching tantrum: The key to dealing with the toddler meltdowns, which are inevitable, is to be able to spot one before it gets started. Vigilance is key! If you come on the scene while they have already dropped to the floor and are rolling around like they are on fire you’ll have a harder time getting them to stop. It’s best if you grab them the moment their mouth pouts or a frustrated sigh escapes. Then they are still in a zone where you can reach them and discuss. I learned this through many, many, many, screaming flailing children, which is nice because now mine own does it less.

3) I talk… a lot: Granted this one isn’t totally because of nannying. I happen to be a natural chatter box. I talk, talk, talk my way through the motions of my day all the time. But having been around toddlers before I knew that constant dialogue was actually helpful. It helps them learn about and navigate the world when you keep a running dialogue of what they are up to. I literally talk 90% of the god damned time. But it’s working well for this stage.

4) I know how to empathize with an angry tiny person: Your best bet, if you have missed the boat and your child is now a writhing sea monster on the floor of Kroger, is empathy. They truly believe that you don’t know and don’t care that they feel so crappy. And that makes them not want to listen to you! Step one: come down to their level. Step two: tell them how they are feeling. Are they frustrated, angry, impatient, overwhelmed… What is it? Name it for them. Step three: Tell them you will help them work through it but they need to calm down so you can talk about it. Help them refocus by breathing (use blowing at this young age) and then tackle the underlying problem. Sometimes, they still won’t get what they want and will commence screaming again. Then you can tell them it’s ok to be angry but not to hit, kick, bite, scream in the store, what have you… and remove them to a place where you can discipline (time out, discussion… whatever). But usually just feeling heard helps them dial it way back from 100 to 50.

5) I have tactics to diffuse the bomb: Literally, the other bullet points above, as well as an uncanny ability to fly by the seat of my pants and deal with all that a toddler can throw at me, are within me because of nannying. Being a nanny has greatly increased the tools in my tool belt for dealing with kids in this age range. I feel super grateful for those experiences now!

Now, I’m not saying that I have this toddler thing down pat all the time. Cause I don’t. No one does! But having weathered this storm before I feel like I have a better grasp on how to not drown during it. I also know that it really is temporary, having seen the shift with my own eyes before, I know that Bean Sprout has not been morphed into this person forever, that it is actually a pretty brief pause on the timeline. I also like to keep it all in perspective too because, while there are meltdowns, they aren’t all day, every day. There is plenty of new fun to be had with this transition to toddlerhood too! Which is something else that nannying has helped me with. See, toddlers abhor boredom. It’s like their kryptonite. Want to really piss off a toddler? Ignore him and don’t give him a task. Oh yeah… meltdown city! But nannying gave me a few tricks up this sleeve too.

1) Colour: with crayons, chalk, paint, felts, whatever… just get creating.

2) Play Dough: so much sensory YES at this age. Smoosh it, stick things in it, hide objects inside it, press objects to make patterns. Now that he’s finally not putting it into his mouth anymore play dough is so much fun!

3) Water Everything: play in the tub, in a pool or even in a bucket. Transfer it from one bucket to another! Put toys in it, add soap, add food colouring… Spray it from the hose. Water play is simple, cheap and heaps of fun to a toddler. At this point in their development, it is a great time to get them swimming properly. Consequentially, you may be interested in swimming lessons by Coast2Coast.

4) Be Outdoors: Out of ideas? Cool, me too, sooo often. Know what’s fun and easy. Get outside. Let your kid find bugs. Let them eat dirt. Count the rocks. Run through the trees. Look at clouds. As long as you’re being in the moment the outdoor is the easiest, fun play space around.

Listen, there are still bound to be moments when your toddler is bored… that is normal and good… but I do try to plan 1 activity in the am and 1 in the pm so that it breaks up the monotony. FOR BOTH OF US! It’s good for everyone to have something fun to look forward to so I tell him what we are doing now and what comes next often. I’m constantly amazed at his ability to wait for something if he knows it’s coming. The anticipation of a joyful event is almost as good as actually doing the joyful event! I’m really liking where I’m at right now in the momming flow. I’m sure that later there will be more moments where I feel like nannying has NOT prepared me for, but right now, in this moment where it has, I’m going to drink it deeply in.

PS: I am also still human… Areas that I struggle with now include the transition to 1 nap and food strikes. I don’t even remember the nap transition being a conscious thought with the kids I nannied. The parents said we were doing it… So, I did it. Now as the parent I am way more overwhelmed by it and worry constantly about if he’s becoming overtired. Even though he’s almost always in a fine mood about it. And food strikes. Ugh. I know how to deal because of being a nanny but it strikes panic into my mommy heart. Like will he starve without eating lunch… how about if he NEVER EATS MEAT AGAIN?! lol … So, this reminder that I’m not trying to be too boastful. I know my limitations. Stay real, peeps!