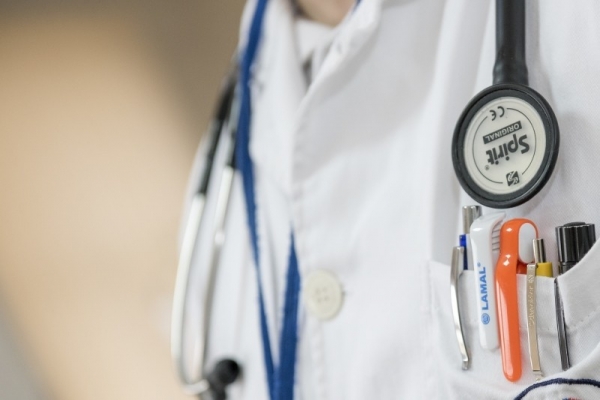 Welcome to your May Squawk Box! While I am always amazed that people pull together when I run out of these stories to share I would super love to not get to that point. I have 2 more left before disaster strikes again. I need you to write. Put your travels in the land of IF down in black and white.

Send them here. I thank you!

Alright, onward, I am thrilled to be sharing today’s story with you because I think it is pretty unique. A few months ago I received a note from a doctor who is herself infertile. She wrote to me to let me know about this amazing infertility website she has been creating and wondering if I would want to add it to my reference list. I super did! But I also wrote back to her asking if she’d like to come on Squawk Box and tell her story. I think it’s an interesting one! It’s not every day that a dr. gets the chance to understand infertility after having treated patients with it before. She didn’t know she was infertile at first while practicing and finding it out definitely impacted the way she views both her practice and her patients. Wicked thought shift hey?! I thought so… read on for the full story!

Memoirs of an Infertile Doctor

It was 2009. The Black Eyed Peas were at number one in the charts with I Gotta Feeling, and I had just started working as a GP family doctor.

One of my first patients was a young woman who had been trying to get pregnant for the last six months. I remember thinking at the time that she should have tried for longer before bothering me. I had real patients, with real illnesses to see. She was just wasting my time.

I can’t believe I had that attitude now. Though in my younger self’s defense, I had just come from two years working in Accident and Emergency. A place where staff and sleep are in short supply, coffee is consumed in litres and not mugs, and a low level of panic is ever present. If you came in there with anything non-life threatening, you would quickly be triaged out and sent packing without sympathy.

Getting back to the woman who had come to see me, reluctantly I took her history: mid-twenties, non-smoker, light drinker and a healthy weight. I was about to tell her to try for another six months when she said she occasionally got pelvic pains just before her period. If she hadn’t volunteered this last bit of information, I wouldn’t have sent her for some tests. It was a good job I did.

Endometriosis is a relatively common condition that affects just over 1 in 10 women. It is where the same type of tissue that lines the inside of the uterus grows in other parts of the body. Like the uterus lining, during the monthly cycle the endometriosis tissue will build up a blood-like layer which is shed during periods. The majority of women with it have no problem getting pregnant and most don’t even know they have it. However, if it grows on the reproductive organs, it can interfere with conception. The young woman I had seen had endometriosis clogging up her fallopian tubes and covering her ovaries.

Normally, a laparoscopy is used to remove the endometrial tissue. This is a simple operation where a small knife and a camera on a stick (called a laparoscope) is inserted through an incision in the belly button and the unnecessary tissue is cut away. Unfortunately for this woman, her endometriosis was too severe for a laparoscopy to be effective without risking further complications from scarring where the tissue was removed.

The decision was made for her to receive IVF treatment instead and a year and a half, and two cycles of IVF later, she came back to see me with a beautiful and healthy baby girl.

Since then, I have been much more understanding with patients who see me about problems conceiving. It’s also made me ask more probing questions than is normal, which on occasion has helped make quicker diagnoses of potential problems. But what really cemented the idea that outwardly perfectly healthy people with no previous histories could have difficulties getting pregnant was when I started trying to conceive myself.

Fast forward five years and my husband and I decided it was time we started trying for a baby of our own. We came off contraception, cut back a little on caffeine and alcohol, and made sure our diaries were clear around the time of ovulation for some good old fashioned intimacy.

Every month for six months, I would wake up looking forward to being able to pee on a stick, expecting to see two lines. And each month I was disappointed, but still enthusiastic to try again. After the six months, however, I began to get worried.

I knew that the average couple only has a 20% chance to get pregnant each month they try. I knew that one in five couples don’t get pregnant in the first year, even when there is nothing wrong with them. But statistics don’t comfort you when you’ve made the decision to have a baby. You want it as soon as possible.

Over the next 5 months, I became more and more anxious as time ticked by. Fuelled by this growing worry, my fertility measures became increasingly severe. It started with cutting out alcohol and caffeine entirely from my diet. I ate less ‘unhealthy’ foods and started including broccoli (my favourite fertility enhancing food) with almost every meal. My bed time became earlier and earlier to the point I’d be going to bed when it was fully sunny out. Finally, I started buying expensive fertility supplements, when all you really need with a healthy diet is a cheap supplement of folic acid and vitamin D.

During this time, I became more and more difficult to live with. I was snappy and short tempered, and I had a major sense of humour failure around the topic of kids. What made it worse was that I knew that being stressed was not going to help my fertility. This led to a vicious self-reinforcing cycle of feeling more stressed.

I now see how the pressure of wanting to get pregnant can actually cause some couples to split up. Luckily, my husband has the patience of a whole choir of saints. Without his optimism and support, it would have been a lot more difficult to cope.

During this dark time, one particular occasion sticks out in my mind more than anything else. It was when a patient of mine that I knew quite well came into the surgery and asked me for an abortion. I remained professional during the consultation, but the second her appointment finished and she had left the room, I burst into uncontrollable tears. I have no idea how long passed while I cried to myself and I only came out of it when the receptionist called me on the intercom to ask if she could send the next patient in.

If you are a GP yourself, you are not supposed to see GPs who are friends of yours. So on the day of my appointment with my GP I was nervous. I knew what I would do if a patient saw me with my situation, but every doctor has their own style. What if my GP disagreed with my wanting to have tests? Luckily, they didn’t and I was sent off for a pelvic ultrasound, HSG and blood tests.

While my tests went by fairly uneventfully, my husband came back semi-traumatised from producing his sample for the semen analysis test.

Men need to get their semen samples to pathology labs within an hour of producing them or they spoil. Our home is on the cusp of getting to the lab in time. So to be on the safe side my husband decided to book a room at the hospital to produce his sample.

According to him, the room he was given at the hospital had a broken blind, forcing him to crouch down in the corner of the room to remain out of view. Worse, the room had an open window above the door, which made the sounds of people in the corridor seem like they were in the room with him. As he described it to me, masturbation is a stealth exercise and feeling that he was very public and exposed somewhat put him off his task. When I asked him why he hadn’t asked for another room, he confessed he was too embarrassed to ask. This coming from one of the most extrovert people I know.

Don’t let this put off any men who are reading this from being tested. Infertility is not just a woman’s problem. I have met women who have spent thousands on fertility treatment only to find out that the problem was with the man all along.

When it came to us getting our results, we went together as a couple. My husband had pre-prepared a romantic meal and film ready for that evening, to either celebrate or commiserate. I don’t remember eating that meal or watching the film, but I vividly remember being told the diagnosis; unexplained infertility.

Contrary to popular belief, unexplained infertility does not mean there is no cause, but rather that the standard fertility tests haven’t picked anything up. This isn’t surprising as there is a lot of things that the standard tests don’t test for. There are other tests that can be taken, but they are rarely used unless there is a medical indication to do so. What’s more, we are learning new possible causes of infertility all the time (for example, last year we discovered that some men have sperm that lack a ‘power-kick’ that help them penetrate the outer wall of the egg) and there is still a lot we don’t understand. Because of this, the standard treatment for unexplained infertility is simply fertility treatment.

So, without any clear answer as to what could be wrong with either my husband or I, we started on the journey of fertility treatments. In a strange way, I am happy about this. It’s like choosing to drive the long way round instead of sitting in traffic for a while. It might take you longer to get there, but at least you are doing something. But that’s a story for another day.

2 thoughts on “Squawk Box: Memoirs Of An Infertile Doctor”