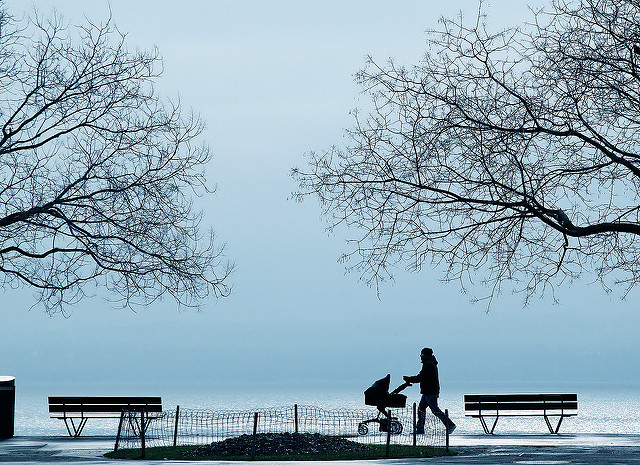 I read a poem over at ‘Like Real Life’ the other day called: Nobody Saw You… a lot of it resonated with me.

As a mom you do often feel like no one really sees all that you put in.

Especially right now, when Bean Sprout is in the midst of not sleeping well due to a near constant need to pull up and not enough knowledge of how to get down. We went through something similar when he was learning to crawl. It’s super fun to watch him develop, but at 3 am even the coolness factor has worn thin. So I found this poem and was digging it… as I was reading along I thought I knew where it was going but it never quite got there… So, I was compelled to make my own version. Hope you like it. And to Abi, the original author on ‘Like Real Life’- yours was awesome too! Thank you for the inspiration.

Nobody Saw You (Reprise)

Nobody saw when you kissed his knee

He skinned it learning to walk you see.

But by the 10th time you give your eyes a roll

How long will it take for him to gain that control?

Nobody heard the millionth time you said “no”

You steel yourself behind tired eyes

And try to be patient every time he tries.

Nobody saw when you screamed into your bed

After his cries roused your sleep weary head

No one else knows you don’t sleep anymore.

Nobody saw as you tugged cheerios from tangled hair

Or heard you wonder how they got there?

No one has eaten cheerios for days

Though it’s hard to remember exactly when through the haze.

Nobody saw you? Not quite… Let’s rewind

For, yes, there was someone watching- the whole time.

Don’t you see those sweet eyes, lips and nose?

Watching you love him is helping him grow!

So when you start to wonder if anyone will care

Because being a mother is starting to wear.

If in that moment you think no one sees

Turn around mom and remember… you do this for me!

4 thoughts on “Nobody Saw You”