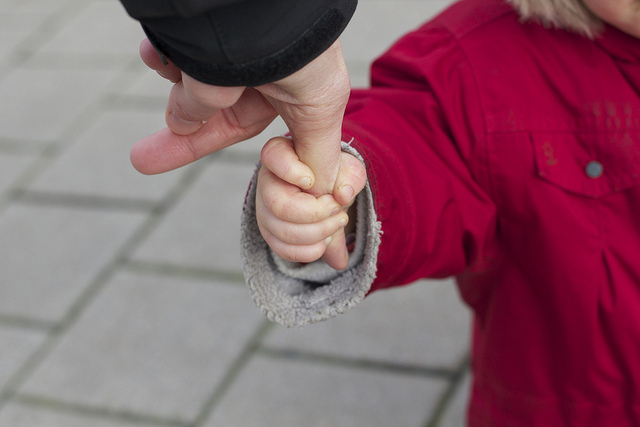 Man oh man, sometimes having been a nanny is good. Like solid feeding, for example. I know that gagging is part of it and that gagging can LOOK like choking but is not actually choking. I even know what to do in the event of actual choking, having both my infant first aid and CPR certificates. But other times, having been a nanny is bad. Like, I’m not being paid to watch my kiddo and enrich ever minutia of his existence. And, sometimes, *gasp* I actually have other stuff to do. Yeah… let’s talk about that for a second. If you’re feeling the same way and you need some time by yourself to get stuff DONE, click here and have a look into nanny services offered.

My entire life I have been paid to watch kids. Well, not watch per se, though there was a fair amount of eyes on the kiddos happening, so they didnt get run over or run with sharps. What I was really being paid to do was to enrich them. As a nanny and then a teacher it was my sole task to make sure that the kids I was entrusted with came out brighter, more engaged, happier, and flourishing. My time with them was conducted with a purpose. I mean, I’m certain most of the parents I interacted with thought “God damn it, I’m paying you to be involved with the children, be involved damn it!”

And involved I was! I’m very good at my job. I’m dedicated and ligit love being with children.

I can sing all the songs you’ve ever heard of, plus 10 more. I can make a craft experience out of string, bubble gum and whatever you have under your couch cushions. I bring your children to cool ass places and do ridiculous games with them. Wait, only 10 min before quittin’ time? No slouching now… BUBBLE PARTY!!

Not to brag or anything. 😉

This was all well and good, when I was being paid to watch the children. When I had evenings and weekends off to recharge, and do chores, and think up other new creative shit to do with your kids. It’s not so well and good now that I’m a mom. I find my type A personality and my experience as baby caretaker are a double edged sword to my role as mother.

Because, I can’t be the nanny to my own kid!

Reason 1: No bones about it, I’m tired. I’m beyond fucking tired. Tired is what I used to be after a good weekend of partying. I am like 7th circle of hell, bone achingly, zombie apocalypse mode exhausted. On a good day.

Reason 2: Not only am I exhausted, I’m also BUSY. I have other things going on in my life. My baby is not my job. But I do have a ‘job’. My blog, other writing/speaking commitments, and paid social media goings on… I am not just free to do as I wish all day every day… and I get to at least do that from home! I don’t know how people that work out of the house manage.

Reason 3: Even if I had no outside commitments there’s the, not so small, task of running a household! We need to eat. We need to not wallow, too deeply, in our own filth! Somehow, I need to still get the oil changed in my car! I’m seriously still coming to grips with how to make this all fucking HAPPEN. EACH WEEK! Oh god, the horror!!

And so, sometimes, when Bean Sprout is awake he plays/screams on his belly while I swiffer around him. He also doesn’t seem to mind when I go around with the cordless vacuum; it’s almost like I’m not even there. At least it means I can get some good cleaning done! Sometimes, ‘we’ make dinner and I give him a spoon to gnaw on. Sometimes, I’m so burnt out that we just sit on the couch and I spread toys in front of him and hope he’s happy there for a while. Occasionally, I have even started watching a show while he’s awake. GASP! I know.

‘GASP’ because how dare I, as a mother, do anything but cater to my child! Honestly, this is the sentiment that’s most prevalent in North America… at LEAST in North America, but probably elsewhere too. Unfortunately, it’s also the mindset I’ve cultivated myself from years and years of paid work with children. I always focus intently on the kids. What could I be doing to make their lives better?

I have googled what to do with a baby that is “X” months old SO MANY TIMES in the last 6 months, I can’t even tell you. And have I done some of the cool things that popped up? Yes. Like this one time I made a really cool glitter, pom pom, baggie filled with gel that Bean Sprout can squish and play with. Yay me! Sensory play, for babies that can’t really do sensory play yet, fuck, I’m a genius! Swoon! …Know what he did with it? He ate it, or tried to. I literally had this conversation with my husband last weekend: Me- “Ach! Are you watching him? He can’t eat that, take it out of his mouth!!” Hubby- “He’s a baby, why do we even have a toy for him that can’t go in his mouth?!” Which was so fucking on point that I don’t think I had an answer. Why DO I have this fucking toy that he can’t mouth safely? And, honest to Christ, I don’t know!

That’s not true. I DO know. I was compelled to enrich his life! I wanted desperately to do something fun, and creative, and awesome with my child. I wanted to be awesome for him! And so really where do I go from here? American thought processes tell me that, god damn it, my child is the center of my universe. It feels that way in my heart too. I want the best for him. I want to try to give it to him. But you know what? Being ‘on’ all the time is not a viable option. Being with him and doing the most incredible shit at all times? Is not an option. Not ever surfing the web on my phone or watching a t.v. show when he’s awake? Not an option.

At least not for me.

In this fucked up era of helicopter parenting and internet trolls knowing how to parent better than everyone, I say no. It’s not realistic that all I do in my life is enrich his every waking moment. And I’m saying that EVEN THOUGH doing that is my total jam! I am that mom! I love that shit. But all the time?! Impossible. It’s good for a kid to have to figure his own shit out sometimes too, ya know? So, I have come to the place in my parenting practice where I will learn to step back and say “Nope, drink your coffee and let him sit there staring blankly at the wall a bit longer.”

It wont kill him. And honestly, the enrichment bag I made actually might. I should throw that shit out…

4 thoughts on “Nanny Does Motherhood – Part 2- Not The Nanny”