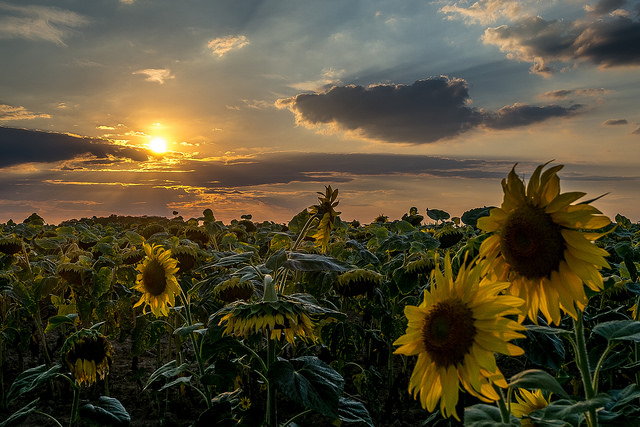 Some of you probably remember when I fell pregnant that I was adamant I would never NOT feel infertile. That I would always staunchly identify with my diagnosis. That the pain would never go away. That my struggle of three years to become a mother wouldn’t be rendered ok now that I was having a baby.

For the most part, while pregnant, I felt this all was true. I had said that I would follow up again to tell you how I felt after the baby was born…Then I had the Bean Sprout, and was thrown into the mayhem that is early parenthood, and I haven’t really thought about it since. But, I was talking to someone else in the community the other day and they asked me if I feel better now, if they will ever feel better, or will they always hurt, forever. And I remembered my previous post and promise, and was forced to re-examine my assumptions.

After careful pause I told this person that, no, you would not hurt forever. That eventually you reach a place where the pain of failed treatment cycles, and the anguish of not knowing if you will ever be a mother, dulls and you feel decidedly less infertile.

I fought this idea, while I was pregnant, mostly due to survivor’s guilt. I didn’t want to be seen as different or apart from the community I had worked so hard for. I wanted to punch anyone who told me that it was different for me now, in fact that I was different now, because I would be having a child. While I was pregnant I didn’t feel very different because I was still too afraid to believe I might really get to keep this baby. I was still haunted by all of the times that treatment didn’t work out. I was still worried that this one would fail too, even after conception. That started to dull around the third trimester but I was still haunted. I wasn’t the easy going, everything is always ok, pregnant lady. But then I gave birth to my son. We got to bring him home… and things slowly, almost imperceptibly, began to shift.

Then I was a mother. The thing I feared I’d never be able to experience was now my living, breathing reality. And I find there’s no going back from that. I can never be not-a-mother again, it’s a fundamental shift. So, while infertility changed my path to motherhood and left pain on that journey, now that I am here, it hasn’t changed my feelings on the destination. I feel the same as all the other mothers on the playground. Also, no one really gives a shit how I got here. I used to worry that would still matter, that when Bean went to kindergarten I would be ostracized because we had needed IVF, but that’s just not true. All anyone cares about is that I am his mother.

And so, infertile masses, I tell you from my heart that, no, it doesn’t hurt like this forever. You may not be as lucky as me, treatment may not work for you, but there are other ways to mother. You may want to adopt. You might employ surrogacy. You may find a donor sperm or egg or both. You may become a foster parent or a step parent. As I said, the getting there isn’t what matters. When you meet the child that is going to shift you from who you are today to parent it all fades. It doesn’t happen overnight, and you will always remember, but the hurt won’t always be as strong. It becomes a painful memory, of a time that undoubtedly shaped who you are today, but you won’t cry anymore. Your tears will dry and it will feel ok again.

While I cannot know the feelings of the few in the community that will not go on to be a parent, due to choices on adoption and the limitations on advanced medical treatments, I do know some fabulous childless couples who have also moved past the pain that is the infertility journey. They also don’t spend all their days crying. They have made their peace with their decisions and have found the joy in their lives again. The children don’t have to bring the joy.

I guess what I am saying is that, while I was on my journey, it was hard to imagine that I could move beyond this pain and hurt, but that’s only because I was still on the journey. Once the journey is over, you arrive at your destination, and it begins to fade. Once you know where your life is going, and you can picture with certainty its layout, the pain has no more purpose. It gets so much better.

So take heart. No, you will not feel like this forever. If you desperately need to be a parent, there are ways you can get there. And once you are there, that’s all that matters. That child will smile and, yes, it will all be worth it. I’ve been trying to fight that and deny it but it’s a lie. Of course I feel it was all worth it. My son was worth every ounce of blood, sweat and tears it took to get him here. Denying that is to deny how fully he has changed me. And I am changed.

5 thoughts on “Parenting AFTER Infertility”