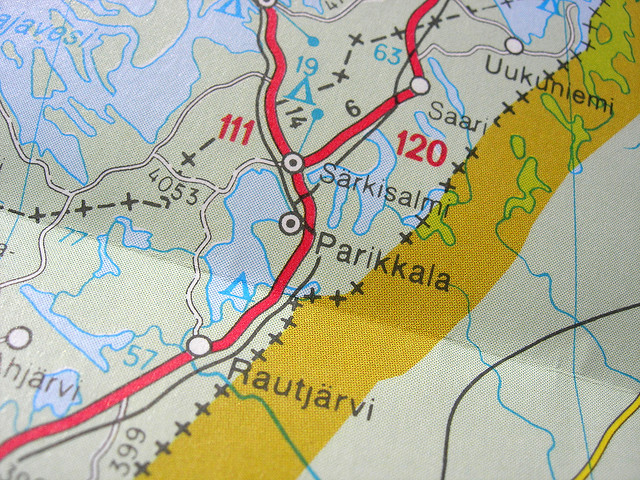 Welcome to your October Squawk Box! I am so thrilled that so many of you have taken the opportunity to share your stories with the wider IF community on this forum. Every time someone sends me a story I feel like I grow to know all of you a little bit more. Also, nearly every submission contains an admission that writing their story out was cathartic.

This is EXACTLY why I started not only this blog but also this forum! It can feel oh so good to get your story out of yourself, to look at it objectively and then share it instead of keeping your pain inside. Thanks so much to everyone that has been a part of this Squawk box, y’all are amazing!

Remember, if you’ve a story you feel like sharing with the community, you know what to do…

Today’s submission comes from Caroline. She is in the early stages of infertility treatment and has recently discovered that she suffers from PCOS. I love that she is choosing to share her story early on! I never felt ready or compelled to do that until much later in my journey and I wonder how much pain and heart ache could have been lessened if I had only opened up earlier. Kudos to Caroline for being not only an early advocate for her own medical help but also for being open and honest about her journey so far! For all of you reading this space who are at the beginning of your journey: may there be hope and perseverance, may there be understanding, and may you never, ever feel alone!

I chose the image of today because I felt that it really summed up the feeling at the beginning. When you are feeling lost, and then you get your diagnosis. A bit like you have found a map in a language you cant read but you’re hoping your Dr. will be a great guide and translate. Here is Caroline… Enjoy!

For as long as I can remember, having children one day seemed an inevitable aspect of my future. In my early twenties, I realized that the guy I had been dating for a few years then was going to be the father of my children (and luckily for me, he felt the same way). All that was left for us to decide was when those children would be coming along. Throughout those years, there was however always this nagging thought in the back of my mind: “Don’t wait too long: getting pregnant won’t be quick and easy!” I can’t really explain why I felt this to be true; the women in my family had had no problems conceiving, as far as I knew.

When I was 26, I visited a co-worker who had just had a baby. While I was holding his child, it hit me, like a slap in the face: I wanted a baby. Now. This sudden, overwhelming emotion was a bit frightening, yet exhilarating: I felt so ready! By that time, we had been together for eight years, had finished  college and had been working stable jobs for a couple of years. Timing was perfect. For me.

My partner felt not quite ready to change our lives just yet. Being a firm believer of the idea that as a couple, you shouldn’t push a big step like this, I gave him more time. Last summer, he felt the way I had been feeling for more than a year at that time. In the fall, we threw away the birth control pills and felt ready to undertake this exciting journey. Even though I still had this explainable feeling that this was going to take a while and would not come easy, I felt relaxed. After all, most couples needed time, didn’t they? Nothing to feel stressed about.

After four months, I still hadn’t had my period. As recommended by my GP (who had drawn blood prior to me chucking the pill), I took a home pregnancy test every couple of weeks, to make sure I hadn’t gotten pregnant during my first cycle following many years of using birth control. But that wasn’t the case.

When I went to my doctor for an unrelated issue, I mentioned that I hadn’t gotten my period yet and felt a bit worried about that. She reacted in a way that made me feel like I was a typical hypochondriac, not to be taken seriously. Ashamed and convinced I was being silly, I waited two more months to go to a gynaecologist. All that time, I knew something wasn’t right.

Five minutes into my first appointment, my gynaecologist diagnosed me with PCOS. She wondered why I hadn’t come sooner, and praised me for being so ‘patient’ about it. If only she could have read my mind – patience was NOT what I had been feeling!

I am, apparently, no typical PCOS patient: I am not overweight, nor do I have that other typical, skinny and narrow, build. I do not have excessive facial hair, although I did suffer from acne as a team. My ovaries, however, were textbook examples of what polycystic ovaries should look like.

I broke down in my doctor’s office: not out of sadness for having this condition, but from sheer relief of knowing what the problem was and having it acknowledged by my doctor (who was the sweetest, handing me a tissue and telling me that I would have that baby I so wanted – I fell a little in love with her right then and there).

After some blood-work (and then some more – I feel like a pincushion some days), my doctor started me on Clomid. The idea was to have me come in on the twelfth to fourteenth day of each cycle and check whether the pills were causing my follicles to grow. They didn’t at first. A higher dosage did the trick and was followed by a shot of HCG to trigger ovulation.

After two months of that protocol, I am not pregnant yet. If this next month isn’t successful, they are going to do a sperm analysis to check if everything is ok on that side of the woods. As far as side effects of the Clomid go, I have been lucky: I have gained four pounds, regularly feel like I’m on fire because of the heat flashes and I sweat like a pig. I also cry buckets without feeling especially sad. This is lucky. I haven’t had migraines, nausea, vision problems…

Ever since my diagnosis in April, I have been on a roller coaster of emotions: I felt relieved since this is, for many women, not the end of the dream of having a baby. I felt angry with my partner, for not wanting a baby sooner. I felt angry with myself for feeling angry with him! I have felt hopeful so many times, peeing on a stick. I have felt disappointed so many times too, after waiting the mandatory five minutes to look at that same stick. Most of all, I have felt an overwhelming sense of guilt…

Babies being born in our circle of friends and women I know getting pregnant has been harder than I could have ever imagined. One of my best friends gave birth to her first child the day after I was diagnosed. I felt so happy for her, I really did, but at the same time all I could think was ‘why is this not me? Why is this so easy for her and so hard for me?’. When I go to the supermarket, it seems as if every other woman my age is pregnant or has a baby. I constantly hear about ‘unplanned’ pregnancies and people getting pregnant in the first month of trying.  Even YouTube pisses me off, with their ‘personalized ads’ (Clearblue, in my case, at least four times a week).

Reading Unpregnant Chicken and other infertility blogs has made me realize that I am not alone. That I don’t have it that bad. That there is hope. And though I don’t always have the strength, I try to cling to that feeling of hope, month after month. I hope you all do too.

3 thoughts on “PCOS, Clomid and Waiting”