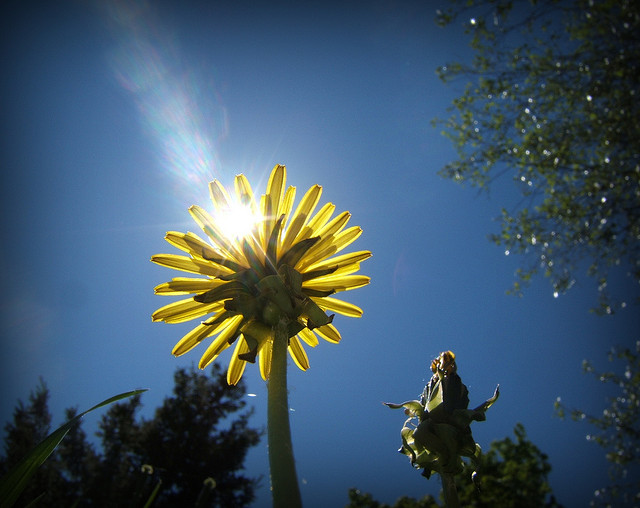 I know that there was already an October squawk box but I thought I should do another one. Firstly, because I’m really swamped this week with the finalization of going off of work for mat leave (no more teaching or writing gigs this year!). And secondly, because I don’t have very much to share that is new at this point. I 33.5 weeks, things are really ramping up. But that’s all fodder for another post. One I am just not able to write yet.

SO! Perfect time to hand over to another lovely woman who DOES have something to share!

Remember that you can share your story too! Email me at: squawkbox.unpregnantchicken@gmail.com

As for today, SW is a wonderful blog reader who I connect with most on Twitter. She has had her ups and downs, as we all do on this crazy infertility journey, and was really having a hard time a little while back. Through the back and forth I suggested this might be the perfect time for her to do a Squawk Box and that it might really help her to release some of her emotions and distress over the situation. I told her the worst that happens is she writes her piece and then decides she doesn’t want me to publish it. Fair, no one is bound to having their piece published until the day it goes live. So she got to writing. What we got was an honest and real peice about her journey so far and she felt much better having expressed it! And she was happy enough to share it with all of us in internet-land. Winning all around!

Here’s her story. For today’s picture I chose a ray of light hitting a sunflower. I felt like that adequately summed up SW’s take on things so far, it’s been hard but she is trying her damnedest to maintain a sunny view on things and to let rays of hope fall on her when they can.

Hubs and I have been trying to conceive for about 3 years now. Back in 2008 when I wasn’t quite 19 and Hubs wasn’t quite 23 we got pregnant. We were engaged though and I was in college and he was working. We were so overwhelmed when I found out that I was pregnant. He had just been cut down on hours from 40 a week to 24 a week! My job wasn’t very good and it was only part time and the news of the pregnancy had changed EVERYTHING for us. Then just a few short weeks later I miscarried. I didn’t realize that anyone could ever feel that hurt, lost, and confused.

So we moved on just about as well as one can. I finished college and we got married in 2011. The day was lovely from start to finish. If you’re wondering about my wedding dress (most people always ask about the dress), one of my friends had told me about trying to find inspiration from these highly recommended Wedding Dresses in Frisco TX, they definitely gave me some ideas for the design of my perfect dress. Anyway, directly after getting married we decided that we should try for a baby! What could possibly go wrong? I had gotten pregnant before without any problem so we thought that the same would happen. At that time Infertility wasn’t a term that either of us was familiar with.

How naive of us to think that way, right? To think that we would get that lucky with a second chance 3 years later. Unfortunately things didn’t go that way again for us. I went to my OB/GYN and told her that we were wanting to start a family. So she promptly started me Provera to regulate my periods again since I was coming off of a cycle where I constantly spotted for 54 days. She also had me charting my BBTs. After being regulated she started me on Clomid. I then had blood draws on the 21st day of EVERY cycle for 3 rounds of Clomid. Finally when I had exhausted all of my Clomid rounds with her, she referred me to the REs.

Once again I was back on Clomid. I HATED the way I felt and looked! I had all the associated symptoms of Clomid. Hot flashes, cyst like acne, nausea, and so much weight gain. That’s when I had my 1st IUI. Hubs counts were low after the wash. Something along the lines of 1 million…But our office likes to perform IUIs as much as possible because they’re a lot cheaper than IVF. Usually around $250-300. I was also using Ovidrel to trigger my eggs to release.

When my IUI failed I decided to ask my RE to perform the procedure in which they in insert dye into your tubes just to see if there was some sort of blockage. An older friend that had struggled with IF had told me about prior to me asking. It ended up ”clearing” her out (her terms) and she became pregnant with her only child. So I went to my appointment, watched the dye surge through my body and everything looked great! So once again I had no idea why I wasn’t getting pregnant.

So I did another round of IUI both with Clomid and Ovidrel. Finally after failing I had enough! I was sick of not succeeding and feeling like a HUGE failure. It was even causing stress in my marriage because I was so hormonal and unhappy.

Hubs and I both agreed that we would try naturally. Maybe if we just ”let go and relaxed” like everyone was suggesting something would happen. Within a year NOTHING worked. I’ll never forget the day that I was on a day trip with my best friend and walked into a children’s store and had a panic attack so terrible that I couldn’t breathe. I decided then to see my OB/GYN and she told me that my only options were to a) Give up at 25 or b) Go back to the REs. She had done all she could for me. So I went back to the REs and talked with them.

Right when I was getting ready to head back to my REs I found a community all about Infertility and support on Twitter. Which was amazing because I knew that I was going to need the support that I had NEVER had before.

Back at the REs, Hubs had found out that his counts had went up. 3 million or so after the wash; he had also done one round of Clomid himself as directed by the RE. So we decided to try Femara, it was supposed to have 0 side effects and still did Ovidrel injections. Well unfortunately my 3rd IUI didn’t take, just like the first two. Once again I was about as miserable as one can be, but I had support, which I desperately needed.

I had enough of failing IUIs, I had enough of feeling like a failure. I had also had enough of terrible periods. When I say terrible I mean, TERRIBLE! They’re so bad that they make me bed ridden at times and sick to my stomach all the time. I have literally started referring to my first 2 days of each cycle as the ‘Period Flu’ because that’s what it is like for me. I don’t know if any of medicines that I have been on have made them worse or not since they’ve always been terrible since my first one when I was 11 years old. So I decided to advocate for myself. Someone told me that it’s the most important thing a person can do for themselves when dealing with Infertility.

I asked my REs to perform a lap on me to see if maybe I had Endo. So in March ’15 I had my very first surgery ever done. They found no endo, supposedly. Just an adhesion to my left ovary which was removed. I still have awful periods so that never really helped I guess.

Once again we did an IUI; this time in May, the 3rd one. Hubs counts were about 5 million this time. So they went up which was great! I did Femara and Ovidrel per usual. I am a superstitious person and was so certain that this 3rd IUI would take. 3rd times a charm after all, right? Well apparently not. Once again we failed. I did ok with that one because I had found a friend in real life, not just twitter that is dealing with Infertility. Even though our journeys are different, we can still relate and I have found someone that I can confide in that KNOWS the pain of Infertility.

So in June with Hubs counts falling back to about 4 million we did our 4th IUI. I was so sure that this was the one since the 3rd had failed. Sadly I was wrong. It made me so mad and angry. Then to top things off I had people say ”Well maybe you’re not meant to be parents” and that pissed me off. That made me more made than anything else that I had ever dealt with. Throughout our journey we had been told that it would be a struggle, we accepted that but I would not sit there and accept that!

I began doing research on Infertility. I’m still learning more and more about it everyday. However, I have chosen to no longer stay silent around friends and family. I haven’t came out and actually said ”Hey!! We’re infertile” but I do post things here and there which is how I found out about my friend.

Two or three days before I was due to test for that last IUI, I had gotten my first tattoo. I had talked about getting one for years but wasn’t sure what I wanted. It’s not like you can wash it off once it’s on. So when I found a simple one that said ”Hope” I knew it was the one. So I got my tattoo and made sure that the line coming off the H was colored in the Infertility colors of Pink and Blue. So my Hope has the Infertility ribbon in it.

It’s a silent reminder to me that I can NEVER lose my hope. I can get sad and mad; it’s bound to happen, but I REFUSE to give up. Which is why I told my REs that we wanted to take a break. I need a break. For myself and for Hubs.

We just recently had a consultation to discuss our possible next steps since we are on a break. They told us that we are most definitely candidates for ICSI but they want to hold off. They want Hubs to try Clomid again. There is definitely more that went with that conversation but I think I’ll save it for the next Squawk box; because even though I want to tell you all what else was said, I want to wait until after this next cycle comes around.