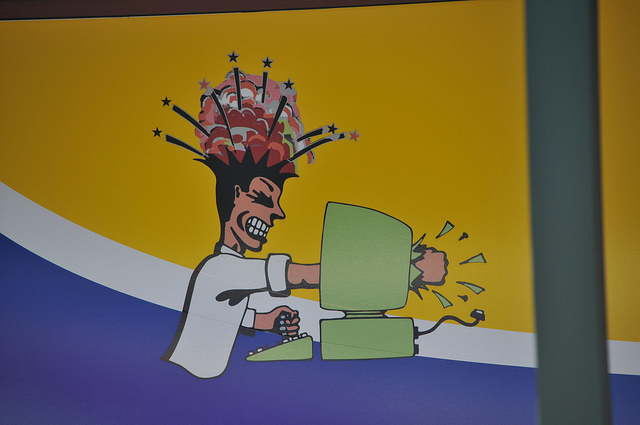 No triggers today. Well, unless you disagree with my points and they make you pissed off and you suffer from rage blackouts… Then it may be triggering for the rage blackouts…

I’m an infertile woman. I have been diagnosed with Diminished Ovarian Reserve, a disease that is listed under the heading of infertility… And now I’m pregnant. Where does that leave me? If I Google it (because, what HAVEN’T I Googled in the last 3 years) it comes up as pregnant AFTER infertility.

Why saying “Pregnant After Infertility” is horse shit:

1) It makes an unnecessary line in the sand that those who achieve pregnancy no longer belong to the community. This is harmful to those who are not pregnant, as well as those who are, because it means that those friends who have successful treatments will somehow no longer be able to support the rest of the community. It creates an awkwardness that is unnecessary. There’ll already be plenty of feelings around that friends pregnancy without having to add into the mix that they are no longer infertile. If that person is no longer infertile then they don’t understand the emotions you are going through. They don’t understand the toll that treatments take. They don’t understand how it’s impossible to just get on with life and just be. They don’t understand how hard it is to resolve these feelings. But, wait a minute, they DO. Obviously, as they have spent likely months and years walking that path. It is not erased by a positive pregnancy test. Just as their diagnosis isn’t either. They can and do still want to support the community. They want to be kind and helpful and they really still remember. I promise. In the last 5 months… I have not fucking forgotten.

2) It assumes you are not part of the repeat pregnancy loss crowd. Some people wind up with a diagnosis of infertility because they have had multiple pregnancies but have not yet had a successful live birth. A diagnosis of repeat pregnancy loss MAKES the individual infertile. For this group, achieving a positive pregnancy test is laced with all sorts of negative emotions and it certainly does NOT remove their diagnosis. Their difficulty sustaining a pregnancy is the very thing that makes them infertile so it cannot be that they lose that title and that support by simply getting a positive pee stick. Fucking shit luck for them, right? Wrong. Still infertile.

3) It makes you feel like your pregnancy will be normal. And it very well may be fucking textbook, but it probably won’t feel like it. After struggling through treatments and failed round, after failed round, you may basically have PTSD about the fact that there is a baby inside you. You will over-analyze pretty much everything, especially in the early days. You thought that level of crazy was reserved for the TWW? Wrong. Lucky you, early pregnancy becomes a series of unending two week waits. Wait to test. Wait for beta. Wait for viability ultrasound. Wait to see a regular non-RE dr. Good luck. AND no wine to help you through. There is chocolate though. Eat that shit up. This is NOT how a pregnancy achieved through a drunken night of fun feels. Most fertiles, once they are over the shock, are simply pregnant. No contingencies. Yeah, but your infertile. It’s different. Because you’re still infertile!

4) It assumes you no longer NEED the infertility community. *Break so I can throw a tantrum* Ok… so if I’m no longer infertile, because there’s a baby in my belly, then I no longer need all my infertile pals… got it. Let’s just ignore for a moment that you have developed deep meaningful bonds with these friends and that they get you on a level that is difficult to understand unless you’ve been through Mordor with someone. Ignoring that, this is telling me that I will be able to call up my also pregnant (after one drunk night) friend and ask if she thinks my beta is high enough. What do you mean she’ll look at me like an alien? Ok, then surely I can call her up and freak about how fast my rate of possible miscarriage is dropping and how crucial the 12 week NT ultrasound is… right? No?! Then who the fuck am I supposed to stress out with? Yeah, you’ve been trying a long time. Yeah, you needed to involve science and probably spent more than a little time learning WAY too much about your body. This does not go away. Fertile friends will mostly look at you like a freak. Or patronizingly tell you that it’s not good to stress out. Great… where have I heard THAT before?! Oh right, on my 3 year trek to get here. Where the fuck is my Twitter feed? I NEED YOU.

5) It assumes that not only will you feel like a typical pregnant fertile, but that you’ll be viewed that way by the outside world. Pshh. Right, because it’s totally normal fertile pregnant problems to be asked if your baby will look different from being created in a test tube. Or if your baby is more likely to have defects because they were created in a test tube. Or will you need to have a caesarian, or an epidural, or a special dr. Like maybe after IVF it’s important to be constantly monitored in a hospital because holy shit YOUR PREGNANCY IS WEIRD AND DIFFERENT. But nope… I’m fertile now. No one will even notice. I’ll feel normal (see #4) and everyone else will totally see it as normal, too. Except they fucking don’t. It took till I was out of the first trimester for the stupid questions to stop coming. But I shouldn’t blame my friends and family. They are just reacting to the fact that I am still seen as infertile. So let’s cut the shit.

Once an infertile person achieves pregnancy they are still infertile. If you know of a woman that has been told she’s infertile and yet still bears a child, you might want to look into getting something for her on GiftTree to show how ecstatic you are for her in this weird yet euphoric time.

They identify as infertile! It doesn’t just magically get expunged from their medical record. It doesn’t erase from their memory the horrors they have suffered to achieve pregnancy.It doesn’t mean my past 3 years were just a bad dream that never really occured. It doesn’t mean that the other pregnant friends or mothers in the play group will understand them. It is not like a light switch. Infertile to fertile.

This might be because I am referring to your diagnosis when I say all this. Having the diagnosis of a disease that makes you infertile is something that can profoundly change your life and the way you interact with certain aspects of it. I am not meaning to suggest that your fertility hasn’t increased! Obviously it did so you could get pregnant in the first place. But that is very different from removing your diagnosis. Your diagnosis stays. Period. So do most of the infertile feels.

I think there is probably a slow shift that happens as an infertile person’s pregnancy progresses. They start it out feeling exactly the same as they did last month when the pregnancy test was negative. They literally feel no different. Except you could add in shocked beyond fucking shocked. Then as they pass milestones they start to feel more sure of their progress, to what extent will depend on each couples personal history, and they might start to feel less attached to their infertile identity. Then once the baby is born and is healthy that couple may start to identify with that diagnosis even less. Moving on to parenthood never to look back. Maybe you can have parenthood AFTER infertility. Maybe… I’ll weigh in on that when I get there.

But I suspect not always.

What if that couple wants more children? Yup, still infertile. Back to the grind they most likely go. So, when I type in pregnant and infertile and all the hits Google pulls up for me are about being pregnant AFTER infertility my head just wants to explode. Because it’s horse shit.

Then again, it’s not like Dr. Google has ever steered me wrong before, right? 😉

Love you guys!
The still infertile AND pregnant… Chicken

22 thoughts on “Pregnant AND Infertile”