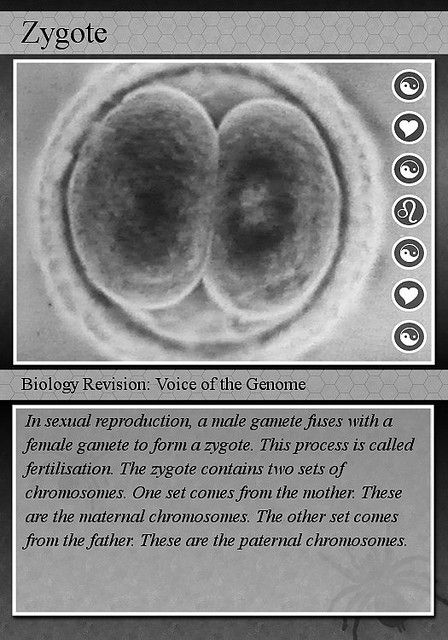 I’m now part way through this IVF cycle! I can’t even believe it. They’ve taken my eggs out of my body and put them into a mixer with hubby’s sperm. I hope they all enjoyed a free cocktail and some good conversation! Here’s how the last few days went.

My follicles got to an almost perfect size by last Friday and I was very excited that I might trigger (special med to mature the eggs and release them from the wall of the follicle) on the weekend. But my body wasn’t wanting that and slowed the growth spurts down some. I had an ultrasound every day from Friday through to Monday, every single day, so that killed any weekend plans we might have made! Finally, on Monday I was told I was indeed ready to take the trigger shots (two of them) and that my egg collection would be on Wednesday.

Ho-Ly Crap! Major excitement and terror and all those things. We were told at the last ultrasound to expect 5 mature eggs from retrial which is not a great number. I was very worried that with that low of a starting point we might not have any to transfer back (embryos and eggs tend to die off at each stage)! Egg collection is intense, they take a really long needle and stick it THROUGH THE SIDE OF YOUR VAGINAL WALL… as that is the easiest way to reach the ovaries… and then they individually drain all the follicles. Because my clinic is awesome, and knows how stressful egg collection is, they give you a Valium to take the night before surgery. Good idea. I was practically bouncing off the walls the night before. The Valium was awesome, made me feel really sleepy and giddy. If anyone ever offers you one I suggest taking it!

So, after a great Valium induced slumber I arrived bright and early to my clinic Wednesday for egg collection. They run a tight ship and I was through the paperwork and I.V. super fast and was whisked away to the O.R. I was nervous until they gave me the “happy juice” which made me pretty giddy and chill. My nurse “K” was awesome! We made small talk while they settled me onto the table. It wasn’t even awkward when she cleaned the “area” (from vag to butthole, people)… I like her a lot. I also had a new Dr. for the procedure whom I had never met before… She’s the newest in the practice and will be taking over for my Dr. Green-Eyes when he retires.  It’s totally irrelevant to my story, but at this point I’m going to note how gorgeous I think she is! Tall, blonde, leggy, with lots of freckles.  I mean, COME ON, so the blog name I will give her is Dr. Freckles.  For the record, she is also incredibly capable and an amazing Dr. … I just meant that it wasn’t horrible to have to spend the whole next 30 min looking at her.

Oh, yeah, LOOKING at her, did I mention I was AWAKE for the procedure?! Click To Tweet

My clinic does not do general anesthesia for the egg collection procedure. Most clinics do, or they dope you up so heavily that you are “conscious” but basically asleep the whole time, not mine. They give you drugs to relax you and also some pain meds but nothing is frozen and you can still “feel stuff”… you just shouldn’t be as bothered by it as you normally would be. I think this is to speed recovery time and to lessen risks associated with general. So, as I said, I spent the next 30 minuets chatting with nurse “K” and Dr. Freckles.

They started on my left side and it was ok, some poking and prodding, but I knew what to expect.  I guess I was getting a little squeamish at the end of my left side (it had the most follicles) and so Dr. Freckles kindly upped my pain med dose. At this point we were all very chatty and talking about where we grew up and about the blog (which–side note– she had heard of! To whomever told Dr. Freckles about me, thank you, my ego was greatly impressed! LOL).  Then she switched to the right side.

There were only 5 follicles to be drained on that side, and 4 went fine! But that last one… Whoa boy! It did not come quietly. Dr. Freckles said that my ovary was rolling a bit in my abdomen which was making it hard to get the right angle for that follicle. So she had nurse “K” PUSH DOWN ON MY ABDOMEN WITH BOTH HANDS to try to stabilize it.

My abdomen, that I had been stabbing needles into for the past 11 days!

My abdomen, which is holding my two grapefruit sized ovaries!

Let’s just say I felt that one, even through the opiate pain meds. Well, even though poor nurse “K” tired a few different spots it didn’t secure the bugger well enough. So Dr. Freckles pulled the needle out and entered from a different spot on my vaginal wall to gain better access. Even then that follicle was a bitch. She had to really jab the needle to get into it. I actually yelped. THROUGH THE OPIATE MEDS I FELT IT AND YELPED! But she did get into it and there was a last egg hiding in there! I figure it was worth it.

Thank god that was the last follicle. I probably couldn’t have done any more! But then it was over. Egg collection done!! They got 9 eggs! NINE … significantly more than the 5 they were expecting! 7 of those were mature and were set aside for later fertilization. We decided since I didn’t produce too many eggs that we would perform ICSI on all of them. ICSI is a process where they manually select the best looking sperm from hubby’s sample and “immobilize” it (this is done by litterally smacking it on the tail which momentarily stuns the poor thing and stops it swimming). Once the sperm is immobilized they suck it into a needle and pierce it into the egg. We did this because we wanted a greater number to fertilize off the bat so that if any are lost it will be less catastrophic to our overall numbers. Also we wanted to know that we did all we could to get my eggs to fertilize.

So in the recovery room I ate a cookie and drank some ginger ale all the while thinking about our 7 mature eggs and how cool it is that later that day they would be fertilized. I went straight from there to acupuncture which was nice, even though I couldn’t get in to see my preferred Gina, and then home to relax.

There are a few things that no one told me about egg collection before I went through it that I wish I had known about. I wish they had told me… so I will tell you. Even though it’s not pretty. Once the meds wear off you are going to hurt. A lot. Tylenol is your friend. Take it. Every four hours, take more. Also, you are going to bloat. A lot. I know they tell you this before you leave the clinic but…

Take some Gas X, it will help. I didn’t clear this with my Dr. because it was the middle of the night, but I was so uncomfortable that I didn’t care.  I also drank Pedialite, instead of Gatorade, in order to help my body restore its electrolyte balance. So other than the lingering pain and gas you should feel great! Seriously, go to bed early, you’ll feel a bit better in the morning. You’ll also get to tomorrow faster that way.. thats when the embryologist calls you to update you on the eggs progress.

The call came from our embryologist by 8:30 am saying that of the 7 mature eggs they performed ICSI on 6 had fertilized! 6 little embryos are in an incubator somewhere that belong to us! They are right now at the zygote stage, which means that hubby’s DNA and mine got along well and merged, each embryo has one cell and will begin dividing later today. See the picture at the top? That is what our 6 embies will look like by the end of the day! OMG.

Tomorrow is a big day with the embryologist. They call again in the morning with an update…it’s at this point that they can start to grade the embryos and will discuss transfer dates.  Please keep us and our 6 embies in your thoughts!

*Next IVF Cycle post on our embryo development here